The Eye of the Storm 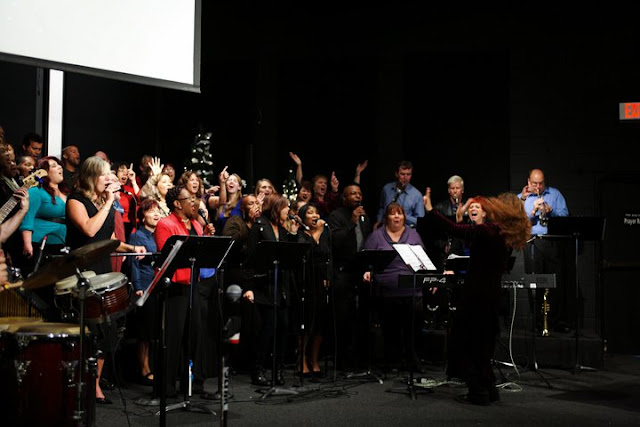 I been through four tornadoes in my life. Four that were close enough to see them in their fury and feel them in their power. It's my legacy having grown up a Kansas farm boy. There is an interesting feeling in the middle of a tornado or sometimes even just a powerful thunderstorm. It's called the "eye" of the storm.

I think "eye" is used in a comparison to the "eye" of a needle. The "eye" is where nothing is, it's the open part, the area you pull the string through. So it is with the "eye" of the storm. You know the storm is not over. You have lived through the first half and now you have a moment to gasp, lift your head up, prepare for the next phase. It's quiet, like nature is holding it's breath for a minute.

Though you can still see the storm all around you, it's at a distance. I have actually danced in the eye of the storm before running back downstairs to the cellar.

I felt that we had one of those "eye of the storm" moments Sunday. The weather outside was ugly- winds, rain and flash flooding. But it was Christmas Sunday and the people of God showed up in mass to meet with the newborn king. It had been a stormy year in our personal lives...with sudden deaths, losses, some dashed dreams, some broken friendships...

But as our choirs began to praise the King, "the hopes and fears of all my year really were met in thee tonight." The eye of the storm was formed. The "silent night, holy night" makes "all is calm", "all is bright" a reality. The wind was howling outside the doors but inside the Holy Spirit was descending "gently like big flakes of softly falling snow".

I was reminded that where Jesus is... there is always "an eye of the storm". As he lay in the manger, every one was in a tizzy in Jerusalem especially Herod. When he went to a wedding everyone was panicking because they were out of wine...a social disgraceful predicament...but he quietly called some servants to get some water. When the storm was raking the Sea of Galillee and the sailors were pleading for their lives...Jesus was asleep in the back of the boat, in solid confidence in His Father.

I know we must go through the storm. As with oak trees it is the storms that deepen the roots. But we also need to look for and believe in the eye of the storm. Snuggle in close to Jesus' presence and listen to your heart beat slow down to match his calmly beating heart.

Lord Jesus...you are Emmanuel, with us creating an eye in the storms that we can rest in. Thank you.
Posted by Larry Walkemeyer at 8:56 PM