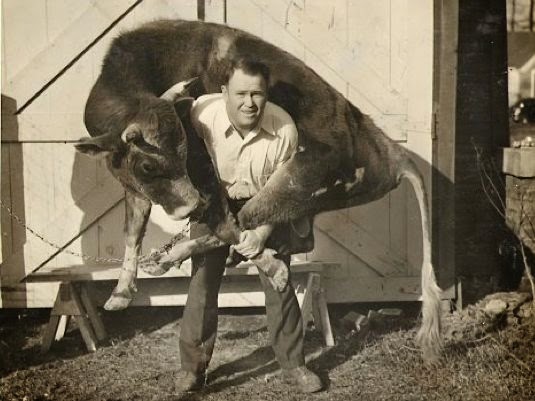 I don't know about you, but I want the big things to happen quickly. I am interested in quantum leaps not small steps.

But God tells us the power of "little by little".

Deuteronomy 7:22 -  The LORD your God will drive out those nations before you, little by little. You will not be allowed to eliminate them all at once, or the wild animals will multiply around you.

Proverbs 13:11 Dishonest money dwindles away, but whoever gathers money little by little makes it grow.

There is an old story about two Greek islanders vying to become the strongest man on the island. One trainee bought a newborn calf. The other laughed at him. How could a calf help his rival train?
But every day the wise trainee lifted it. Every day the calf got a little bigger and heavier but he could still lift it because it was only a little bit heavier than the previous day. After a year the wise trainee saw the calf was now a bull but he could still lift it. In the meantime the unwise trainee had tried every day to lift a bull. He had failed every time.

Posted by Larry Walkemeyer at 9:34 AM